I got up the next morning and hit I-40 West towards Albuquerque.
From I-40 we exited Central Avenue which is the old Route 66.

Central Avenue is Route 66 gold if you’re looking for cool stuff like the Tewa Motor Lodge.

If you didn’t know, I’ve got a thing for manhole covers too.
The Zia Motor Lodge is long gone but the sign is still there. 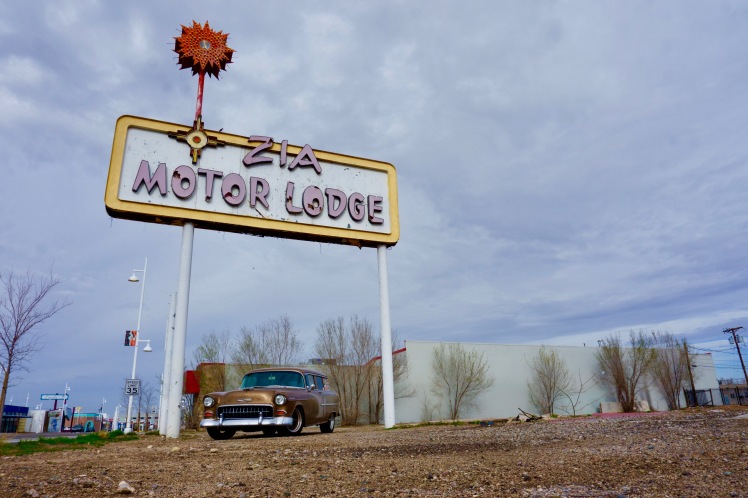 For breakfast, I stopped into the Dog House for a chili-dog.

And Grants Cafe across the street

Outside Albuquerque at exit 104 we had to stop by and check out the Budville Trading Company. 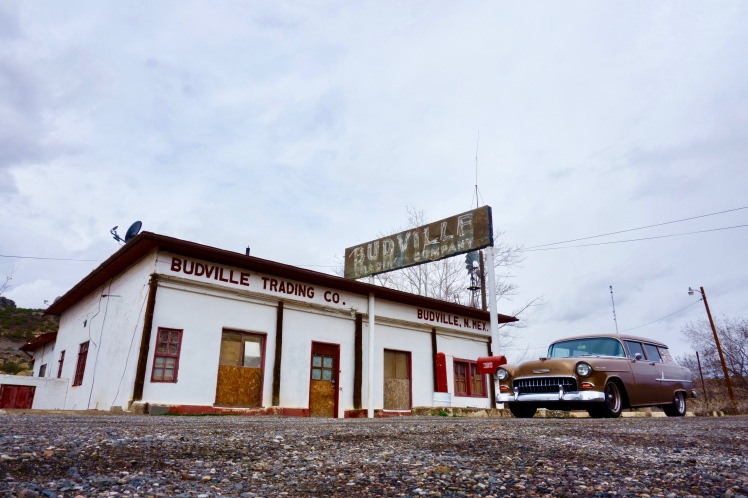 It’s got a story right out of Hollywood.
The Desert Sun Motel down the road is kinda creepy.

Completely abandoned.
And the Roaring’ 20’s weren’t roaring any more…

During my trip I used my windshield wipers and heater more than the entire time I’ve owned The 55.
It makes me happy that all the systems work when I need ’em to. 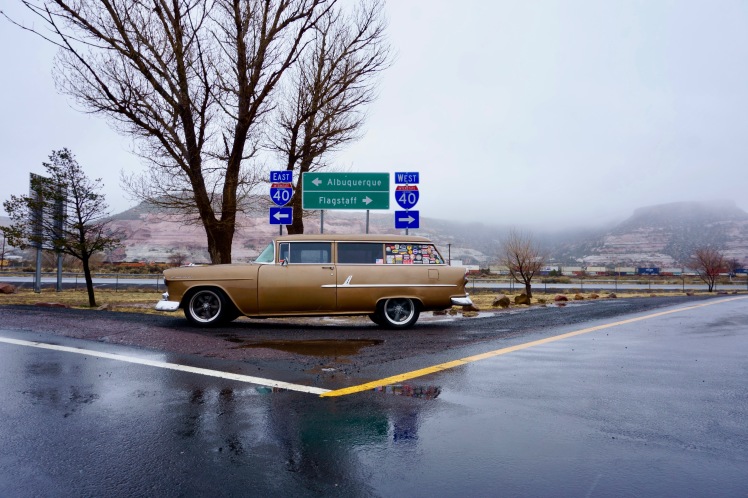 After we crossed the boarder back in Arizona we stopped by Petrified Forest National Park.

Our 18th National Park since last May.
Check out the old graffiti on these rocks.

Newspaper Rock.
Back on the road we stopped by the Pow Wow Trading Post.

The Wigwam Motel is straight out of a post card.

This one has been around awhile.
The Jackrabbit Trading Post.

“I’m a driving down the road trying to loosen my load, got several women on my mind…”
We made it to Winslow, AZ

But it was raining, so I didn’t stand on the corner…
After Winslow we made our way towards Flagstaff.
The next morning I awoke to some snow.

It was the first time I drove The 55 in the snow.
Which was super fun and nerve racking at the same time.
From Flagstaff we turned south on I-17 towards Phoenix.
The plan was to hit Sedona, but the roads were pretty bad, so we just boogied down to Phoenix.
We made it down to Scottsdale in time for the Goodguys Spring Nationals.
But there was still some cool stuff to see in the Phoenix area.
Like Groggy’s 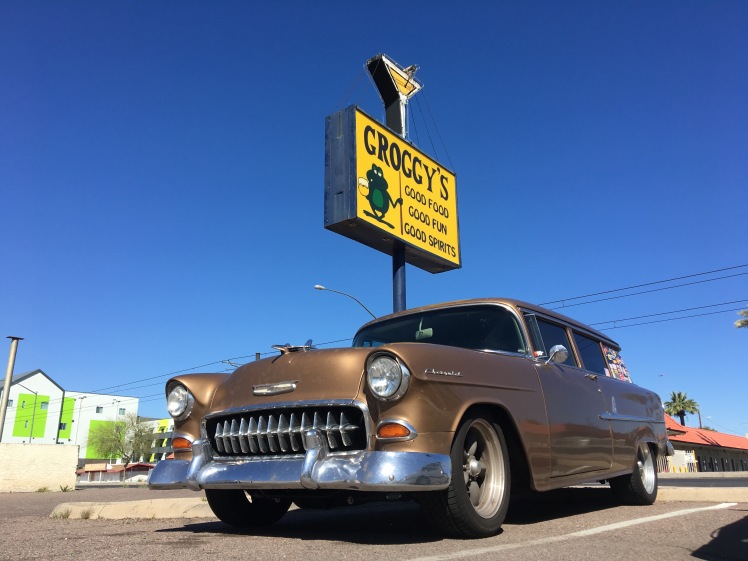 And the Starlite Motel.

I’ve gotta go back to the Starlite at night and see it in all of its neon glory.
After seeing the sights it was time to go to work.

Hanging out with 2-time Indy 500 Champion and autocrosser Al Unser Jr. is all a part of the job.
The Goodguys Spring Shootout was awesome!!
Robby Unser won in the Speedway Camaro and a guy in an 87 Corvette came outta nowhere to take 2nd place.
It was a Cinderella story!
After the Spring Shootout it was time to hit the road again. 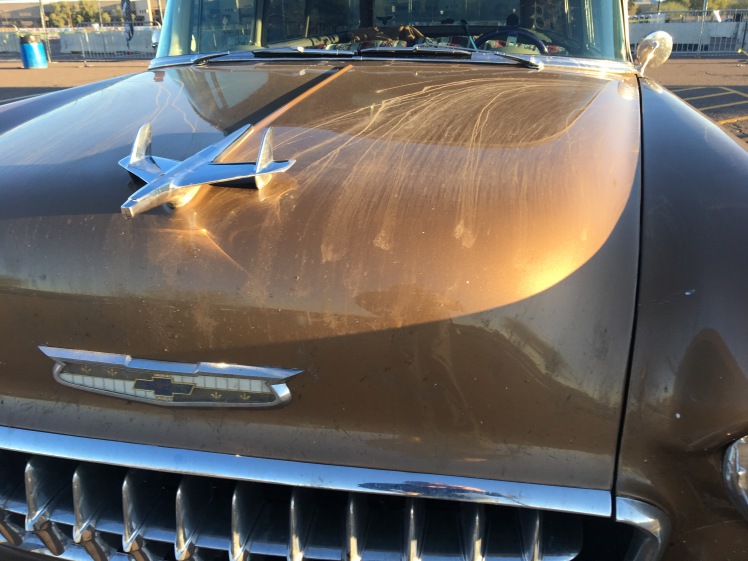 And maybe time for a wash.
After we fueled up in Quartzsite, AZ with that cheap Arizona fuel I discovered some sweet F4 Phantoms.

Less than a mile outside of Quartzsite we ran into another butterfly migration.
They love The 55.
We made it back to LA and averaged over 18mpg.
If you’re a hot-rodder you understand how impressive that is.
In just two weeks we saw lots of cool stuff.
We visited one National Monument, four National Parks, five states, and put almost 4000 miles on The 55.
Good times.
Now I’ve got a week to get ready for the drive up to Pleasanton for the Spring Get Together.
I’ll tell you all about it in my next installment.
Until then, thanks for following along in my adventures.
And I hope to see you out on the road.
Now get out there and go drive it!
#idrivea55