There I am, minding my own business at the North American International Auto Show – The NAIAS – when I see my co-worker and friend @Mariatalkschevy walking over to me with a few people in tow.
She says: “This is Jeff. I think he can help you.”
The woman introduced herself and proceeded to tell me her story.
Her name is Anitra, and she said she’s been estranged from her father for over 30 years.
She was notified that her father had passed away and he had left the bulk of his estate to her.
They had just come from his house to the auto show.
She said he was a hoarder as she pulled out her phone to show me this picture. 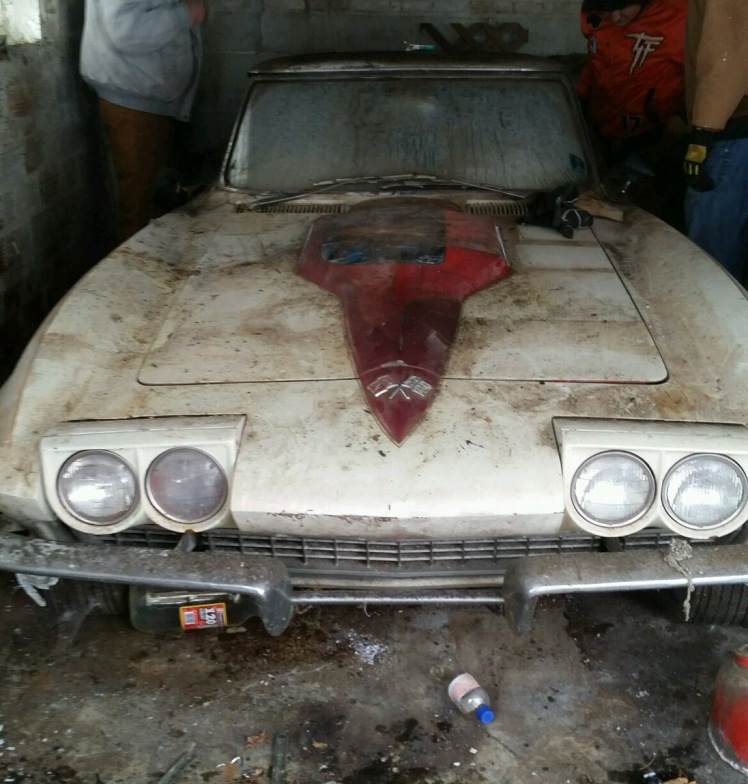 It’s a 1965 Corvette…
Big block.
White with a custom red 70’s stinger on the hood complete with a “Paint by Glen” mural.

She said it had been sitting for 30 years.
And it looked like it.
A real “barn find,” I mean a real garage find.
She said they had to break the lock to open the garage.
When they opened the garage she said there were bags and bags and bags and bags of stuff piled on top of it.
They didn’t know what it was until they uncovered the crossed flags emblem on the hood.
She told me her friend Darryl knew immediately it was a Corvette.
She also said it had side pipes.
Sweeeeeeet.

I gave her my information and told her I’d be more than happy to help her with anything she needed regarding the Vette.
As I left for lunch with my buddy @NickWolfe
During lunch I posted the picture of the Corvette.
And then it started.
The likes started rolling in.
And the direct messages did too.
The Corvette was popular.
Very popular.
And she wants to sell it.
Let me know if you’re interested or you know someone who is.
I’ll definitely keep you posted.