My buddy @MariaTalksChevy was in Geneva to introduce the 2017 Corvette Grand Sport to the world.

And the world loved it.
The legend of the Grand Sport Corvettes started back in 1963.
In the 60’s Carroll Shelby’s Cobras were a dominating force on the racetrack.
The Corvette had enough power, but the Cobra was about 1000lbs lighter.
Zora Arkus-Duntov launched a plan to build 125 lightweight Corvettes called the Grand Sport.

By building 125 cars, the Grand Sport would qualify as a GT production car under international racing rules.
GM’s brass ended up stopping the program, but not before five Grand Sports had been built.
All five still survive today.
…And each is worth a small fortune.
The Grand Sport weighed in at about 1900 lbs. or about 1350 lbs. lighter than a stock Corvette coupe.
They had all-aluminum 377 cubic-inch engines with 58mm side draft Weber carburetors.
They made around 550 horsepower and were mated to a close ratio 4-speed transmission.
And they had 4-wheel independent suspension.
Since only five were built they weren’t certified as production cars in accordance with the FIA racing rules.
So instead of racing against the Cobras in the production car class, the Grand Sports had to run in the prototype class.
While the Grand Sports did outrun the Cobras, it wasn’t competitive against the full blown racers in the prototype class.
And without any factory support the Grand Sports stagnated and eventually were sold off to privateer racing teams who used them to varied success.
Chevy brought back the Grand Sport in 1996 as a way to commemorate the end of the 4th generation Corvette production. 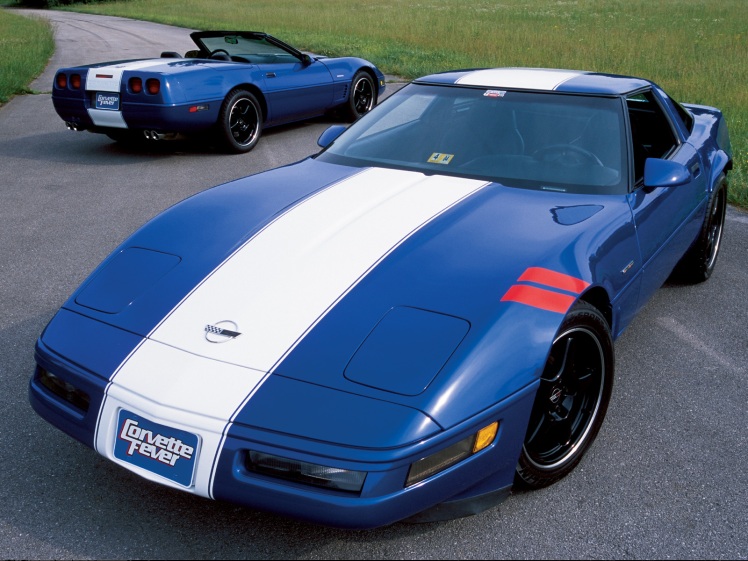 It had an LT4 under the hood, a ZR1 chassis and the iconic Admiral Blue with a white stripe paint scheme with red hash marks on the front fenders.
In 2010 they brought it back again.
This time with the venerable LS3 packing 436hp and riding on the ZO6 chassis. 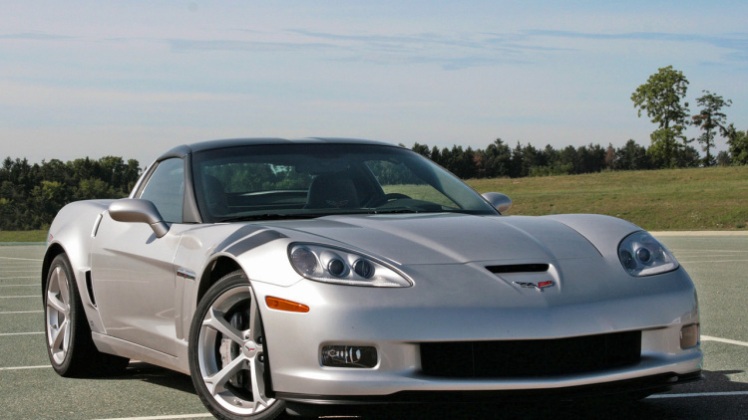 And now… in 2016 scheduled to be released as a 2017 model Chevy’s introducing yet another Grand Sport. 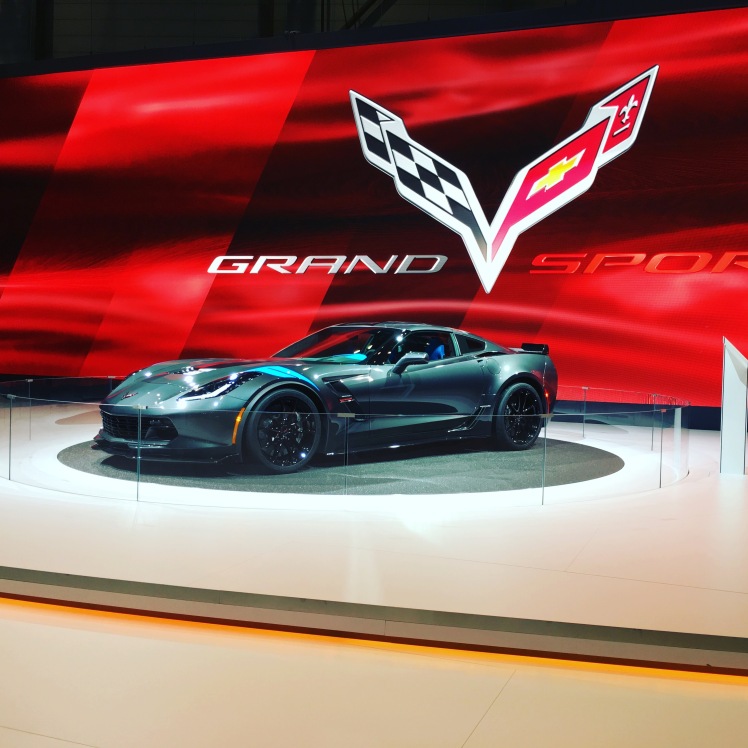 The 2017 Grand Sport Corvette will fill the gap between the Corvette Stingray and the ZO6.
Basically, it’s a ZO6 with a 6.2L LT1 under the hood pumping out 460hp and 465 lb-ft of torque and a 0-60 time of 3.6 seconds – .2 seconds faster than the standard Corvette Stingray.
The same two transmissions are available: the Tremec TR-6070 7-speed manual with active rev matching, or the 8L90 8-speed automatic.
Before you disregard the automatic, realize that it’s faster and gets better fuel economy than the manual.
The Grand Sport Corvette gives you the option to add the ZO7 Ultimate Performance Package to your Corvette.
The star of the ZO7 package, in my opinion, are the massive Brembo carbon ceramic brakes.
You get 15.5 inch front rotors with 6-piston monobloc calipers, and 15.3 inch rear rotors with 4-piston monobloc calipers.
Anyone can go fast.
Stoppings where you get ‘em.
All the ZO6 aerodynamics and ducts come standard on the Grand Sport making it a track ready machine right off of the showroom floor.
All you really need is a roll-cage, 5-point harness, fire-suit, helmet and you’re ready for the track.
If you need to stand out, or you want a little more exclusivity, you can opt for the Grand Sport Collectors Edition which comes in an all-new Watkins Glen Gray Metallic body color, Tension Blue interior and fender hash marks. 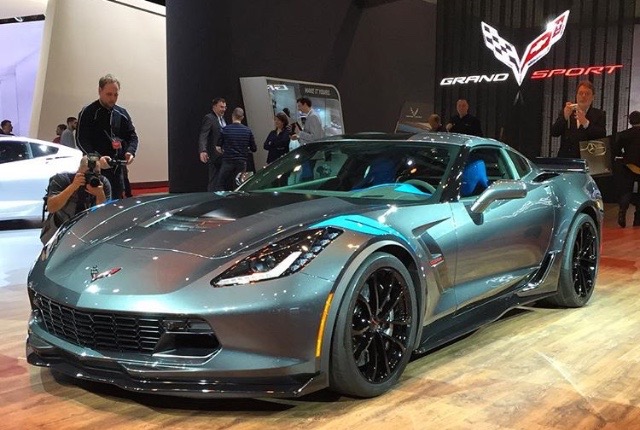 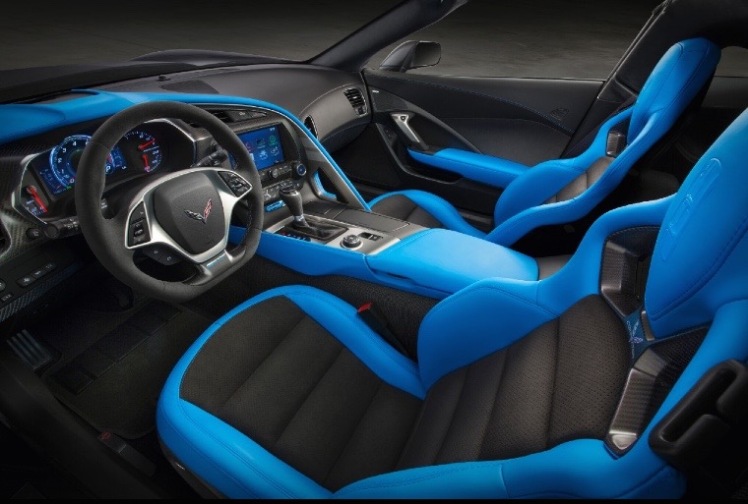 If you like the wind in your hair, they’re even offering a Grand Sport convertible.
The 24 Hours of Le Mans winning…
The 24 Hours of Daytona winning…
And the 12 Hours of Sebring winning C7R rides on the same frame as the ZO6 Corvette you can buy from your local dealer.
And the Grand Sport will share that same hydro-formed aluminum space-frame as well.
The Corvette Grand Sport is here to celebrate Chevy’s 7 Le Mans GT class wins & 10 manufacturers titles.
It’s also there to take on all comers.
They’re slated to be released later this summer as 2017 models.
But if you’ve gotta have one right now, head down to Palm Springs where they’ve auctioned off serial #001 at the Barrett Jackson auction.

Well… maybe not serial #001, but at least it’s an EX VIN number.
And you can watch it happen live on the Velocity channel.
It went for the bargain basement price of only $170,000.
With the 1LE Camaro, the ZL1 Camaro and now the Grand Sport Corvette, it’s an exciting time to be a car guy. 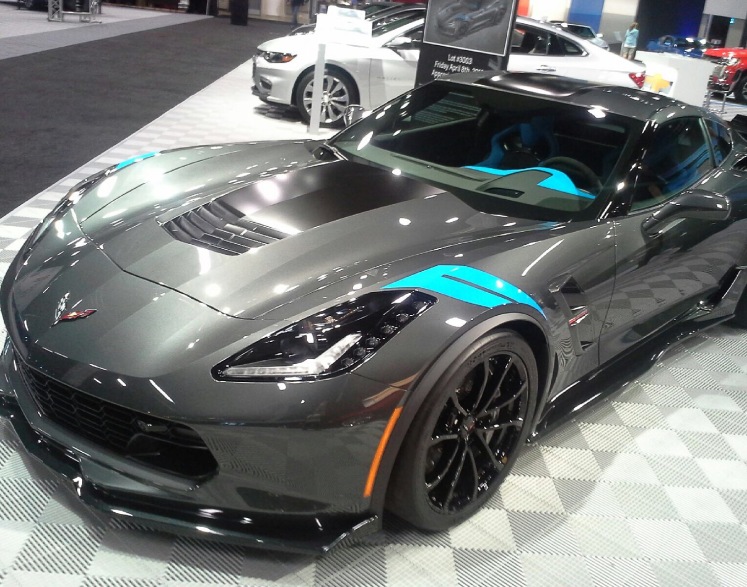