As my Uber driver pulled into the hotel parking lot I immediately saw a row of hot rods parked off to the side.
I got out of the Uber, got my bag and I heard someone yell: “Jeff!”
It was starting already.
I looked over and it was Ken, the guy who had won the “Best Chevy” award at last year’s Car Craft Summer Nationals.
He’s got a super sweet 55 Chevy with a 572 and velocity stacks sticking thru the hood.

Ken’s hanging out with some other hot rodders.
There was a 57 Chevy, a 65 Mustang, a 69 Camaro and a 64 Impala.
I hadn’t even made it into the hotel and I’d already run into friends I’d made last year.
I could already tell the 2016 Car Craft Summer Nationals was gonna be awesome!
And it was awesome indeed.
The pro-builders brought out some serious heavy metal.
Some of the cars you might have seen at SEMA last year.
That’s how serious they are.
Fast Freddie’s Rod Shop had a super clean two-tone gun metal grey 53 Chevy 1300 pick-up.
It’s got a Chevy Performance connect and cruise LS3 mated to a Tremec T56 6-speed manual.
And it’s riding on QA1 coilover shocks, Forgeline Wheels and Wilwood 14 inch disc brakes at all four corners. 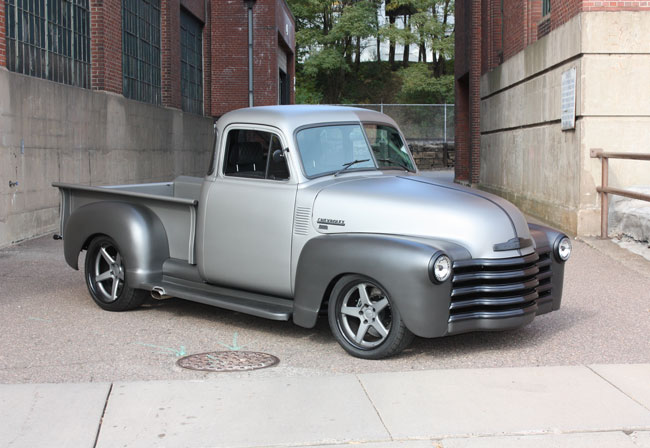 Muscle Car Restorations didn’t come to play games with its stunning silver 69 Super Bee.
The Super Bee has a 572 Hemi with a big shot of laughing gas under the hood.
The big Hemi is hooked up to a paddle-shift auto-manual transmission and a Dana 60 rear end.
And it’s got Apple Car-Play so you can seamlessly hook up your iPhone to the entertainment system.
I love the carbon fiber accents all over the bright red interior.

Rad Rides by Troy brought out their 1966 Plymouth Belvedere with a twin-turbo 526 Hemi and 4L80E automatic transmission.
They built the Belvedere to go mid-8’s in the quarter mile and then be able to drive home with the AC blasting.
It’s got a Racepak dash, a rearview camera, an NHRA-certified 8.50 roll-cage and three sets of seatbelts in the back so the owners kids can ride in it.
Sooooooooooo Cool!!! 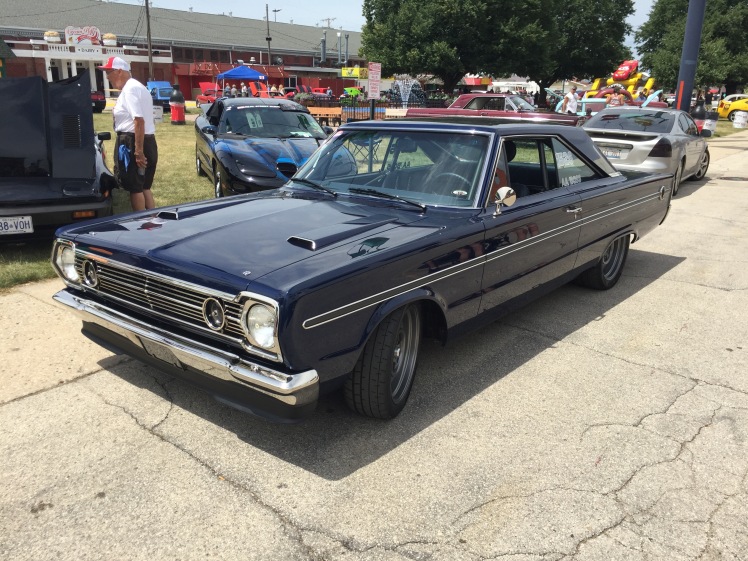 The Ring Brothers showed off their daily driven 65 Mustang fastback with a complete carbon fiber body.
That’s right, a carbon fiber body.
The entire body of the car weighs only 200lbs!!
It’s got a Ford Racing 427 hooked up to a Tremec T56 6-speed that’s been massaged by Bowler.
The suspension is all Detroit Speed with JRI coilover shocks and massive Baer 14-inch discs with 6-piston calipers. 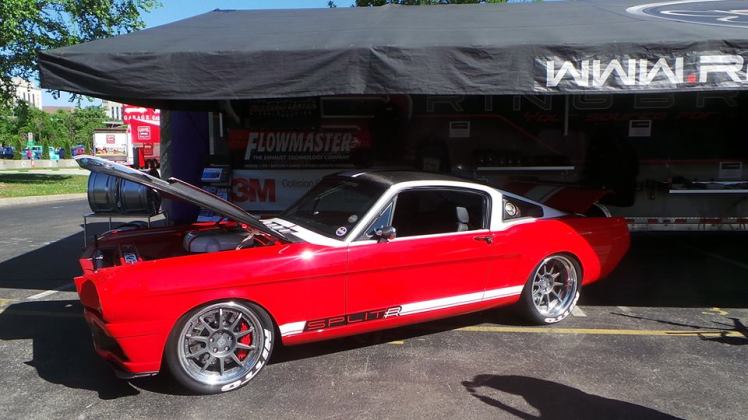 Schwartz Performance brought out their 69 Mustang riding on a Schwartz G-Machine chassis.
It’s got a naturally aspirated coyote engine hooked up to a Tremec T56 6-speed and Heidt’s independent rear suspension with inboard brakes.
But what really stood out to me was their orange 1970 ‘Cuda.
It’s right hand drive with a C2 corvette dash and it’s got a new 426 Hemi with a Magnussen supercharger on top putting out 805hp.

The Custom Shop had an orange 68 Camaro unlike any 68 Camaro I’ve ever seen.
They call it the “SSawd Camaro.”
SS for Super Sport and AWD for all-wheel drive.
It’s a wide body, two seat roadster with a Procharged  LSX 376 making 800hp.
And it’s got a 2010 Camaro rear clip.
The thing is totally nuts!! 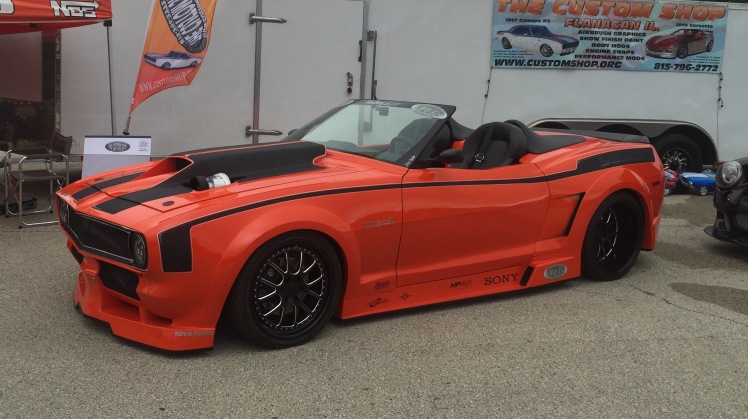 And V8 Speed & Resto Shop brought out a white convertible 69 RS Camaro they freshened up for Comp Cams.
It’s super clean and it’s a rolling showcase of Comp Cams merchandise.
It’s got a FAST EFI equipped 454 LS engine with RHS aluminum heads making 692hp, attached to a TCI 6X-6-speed automatic transmission.
And it’s got a Zex nitrous system hooked up to it that they haven’t even pushed the button on yet.
I told ‘em I’d be more than happy to test the system for ‘em but the politely declined.
It’s riding on a Heidt’s subframe with a Wilwood hydroboost braking system and Continental tires.
Inside it’s got Distinctive Industries touring-2 seats covered in classic Camaro hound’s-tooth interior and a TCI Outlaw shifter hidden away in a Camaro center console. 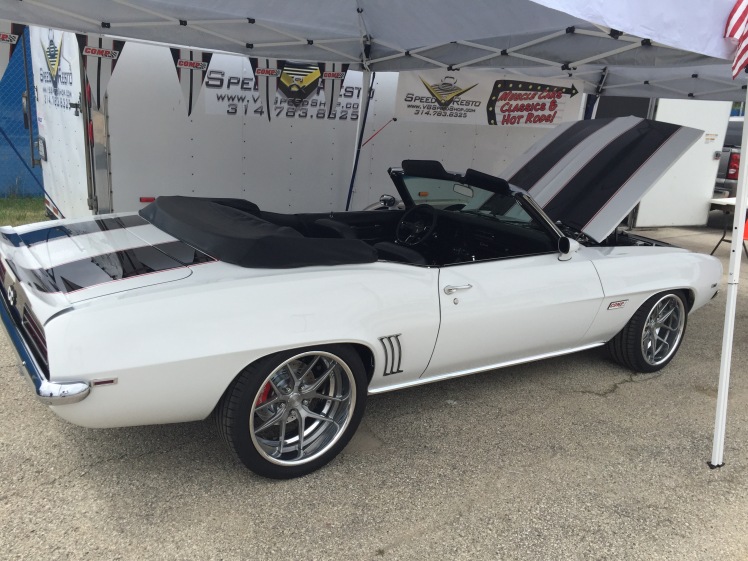 The winner of the Pro Builder shootout was Speedkore Performance Group with their 1970 Dodge Charger: “Tantrum.”
It’s so cool it’s gonna be featured in “Fast and Furious 8.”
Tantrum’s got an all carbon fiber front end that’s partially clear coated so you can see the carbon fiber. 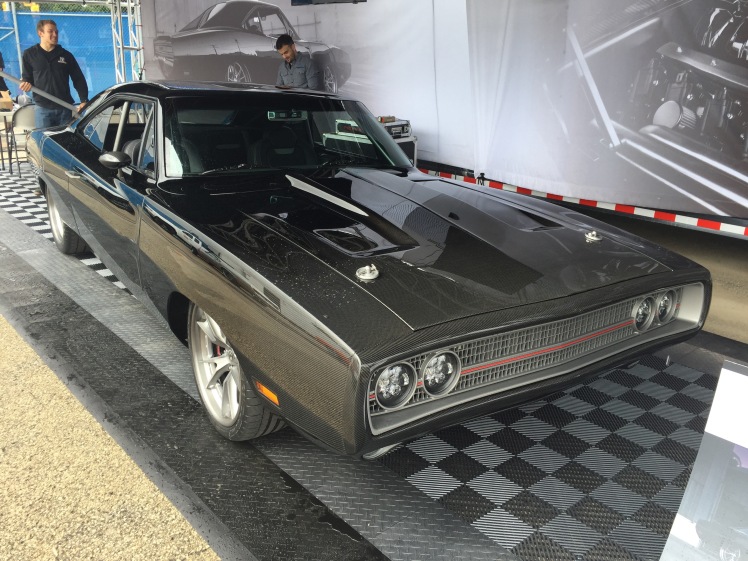 Then the clear coat fades into a deep black paint that covers the rest of the body.
The front grill is milled out of a single block of billet aluminum and houses four LED headlights.
As beautiful as the outside of the Charger is, it’s what’s under the hood that blew my mind.
It’s got a twin-turbo, DOHC, 9-liter Mercury Marine racing engine that puts out 1650hp!
It-Is-Awesome. 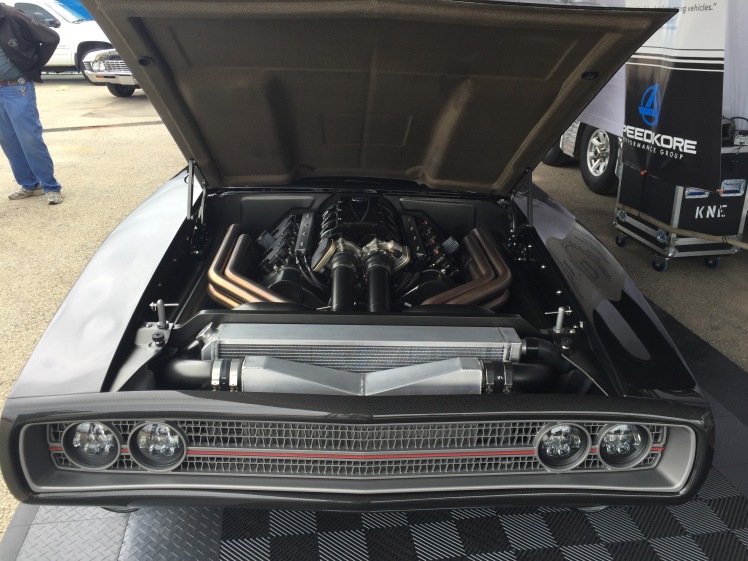 One of the things I love about the Car Craft Summer Nationals is the variety of cars represented.
Not only are there Chevy, Ford and Mopar everywhere, but I saw an amphibious fire truck

…And even an LS powered Volvo 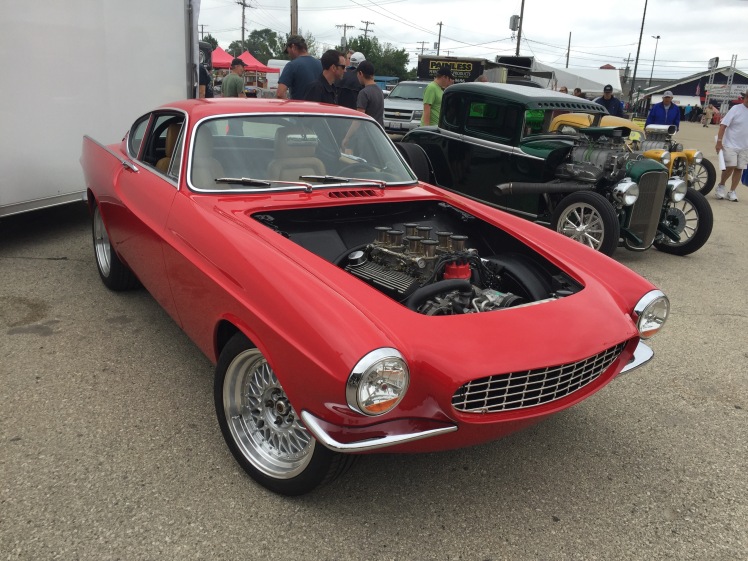 One of the cars that blew me away was a very non-descript, plain-Jane, beige 1963 Chevy Nova.
But upon further inspection I noticed it had a Lenco transmission hidden inside and a full cage.
If it’s got a Lenco inside, I wonder what it’s got under the hood.

And under the hood is a twin-turbo LS engine with 1000 rwhp.
It’s capable of 8 second quarter mile times.
Talk about a sleeper.
This thing is a wolf dressed in sheep’s clothing.

Freiburger and Finnegan from Roadkill were there. 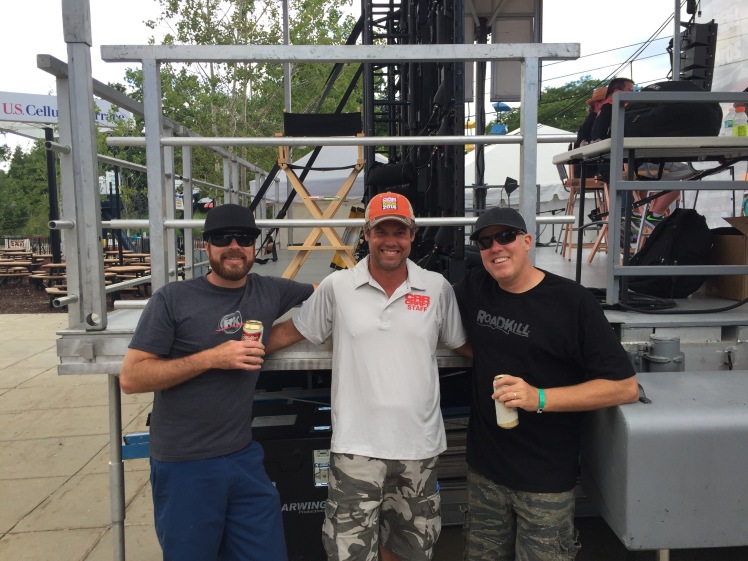 Pilot Transport brought out Stubby Bob, the MSD Atomic Van, Mazdarati and General Mayhem and they got to play with ‘em all weekend.
The crowd loved it when they drove Stubby Bob right in front of the main stage.

Frieberger & General Mayhem warmed up the wet-plate for the burnout contest and made it look easy.
Check it out here.
I guess with 707hp melting tires is easy.
All in all the 2016 Car Craft Summer Nationals was awesome.
It was great to reconnect with old friends and great meeting new ones.
I can’t wait until next year.
Hope to see you there.