After the Power Tour ended in Atlanta I gotta text from an old friend.
Brian works at Autotrader and he hired me years ago to review cars for them.

I hadn’t seen him in years, so we met up for lunch and got to catch up a bit.
After lunch I made my way up to North Carolina.

We were on our way to the Great Smoky Mountains National Park.

The Great Smoky Mountains National Park is National Park number 29 for us.
And since I love our National Scenic Byways I had to drive a little of the Blue Ridge Parkway – an All-American Road.

I wasn’t able to get that shot because there’s no safe place to pull off.
But I did manage to get this one. 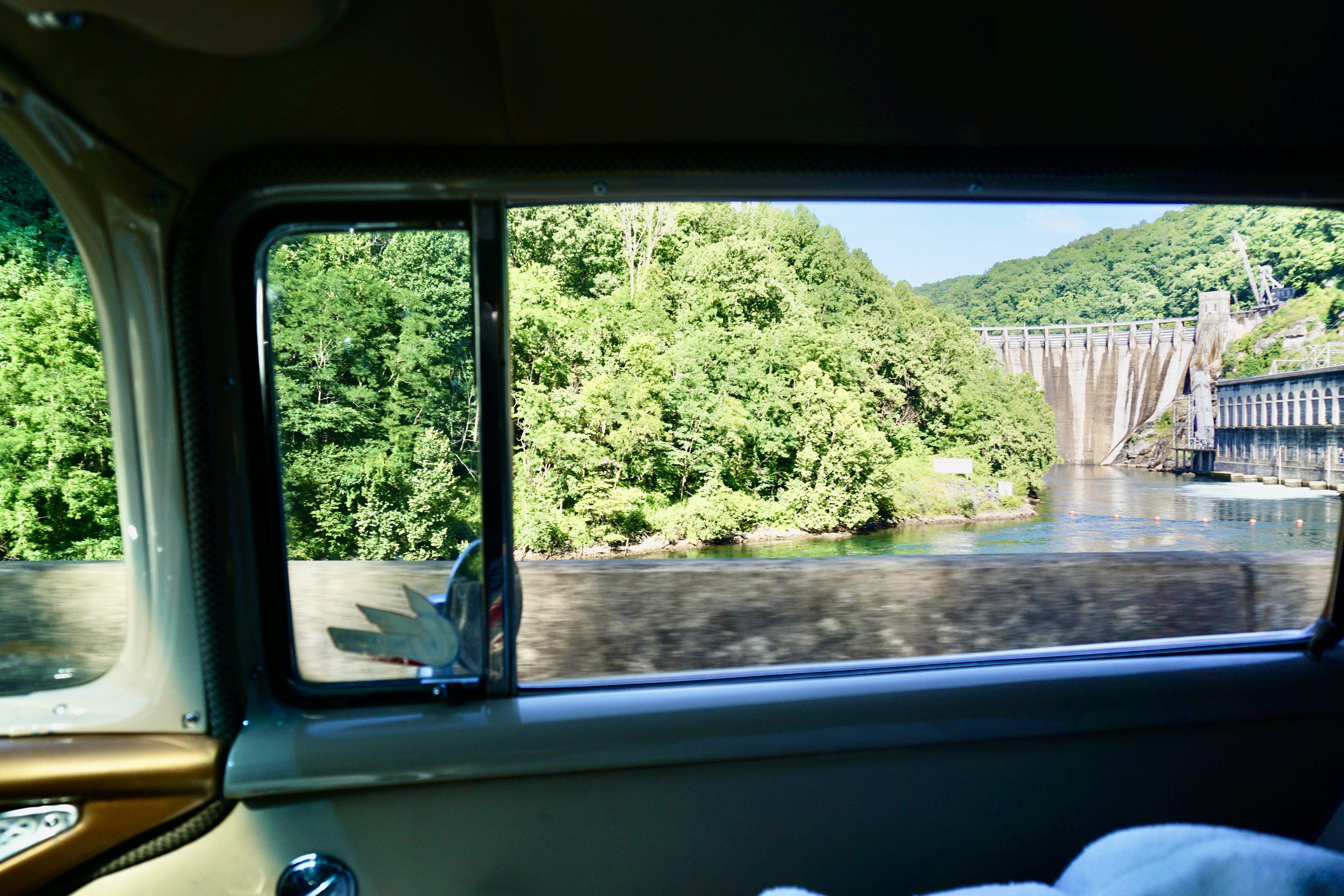 Pretty cool right?!?
If you haven’t seen Two Lane Blacktop – check it out!!
The sound of that big block & the whine of the M-22 Rock-Crusher transmission is worth the price of admission!!
After Cheoah Dam I drove back up to Deals Gap and hit The Tail of the Dragon. 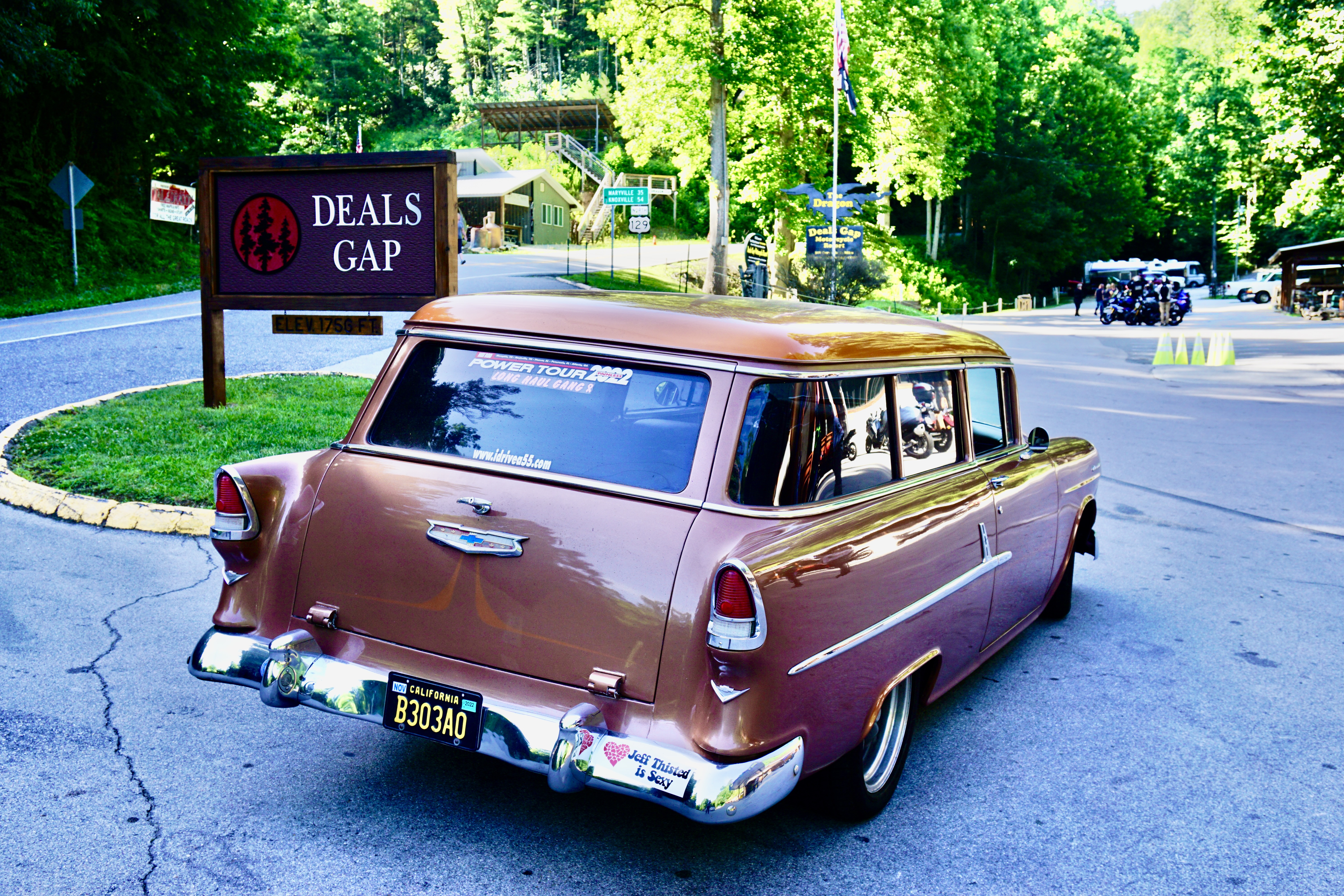 The Tail of the Dragon is an 11-mile stretch of road in North Carolina & Tennessee.
It’s got 318 curves in 11-miles and there’s no development on it which means there’s no driveways for someone to pull out in front of you along the way.
At some points it’s like a roller-coaster – twisting and turning and undulating up & down.
Motorcycles love it.
Check out the little video I put together of my drive.
The Great Smokey Mountains National Park, Two Lane Blacktop & The Tail of the Dragon
https://youtu.be/nSnoPK0crPs
The Tail of the Dragon took me right back into Tennessee.

In Knoxville I found this super cool old sign.

And I came across this yellow Batwing just outside of Knoxville

The next day I made my way to the RM Brooks Store in Robbins, TN.
It was built in the 1930’s and is still run by fourth generation family members!!
Walking in is like stepping back in time. 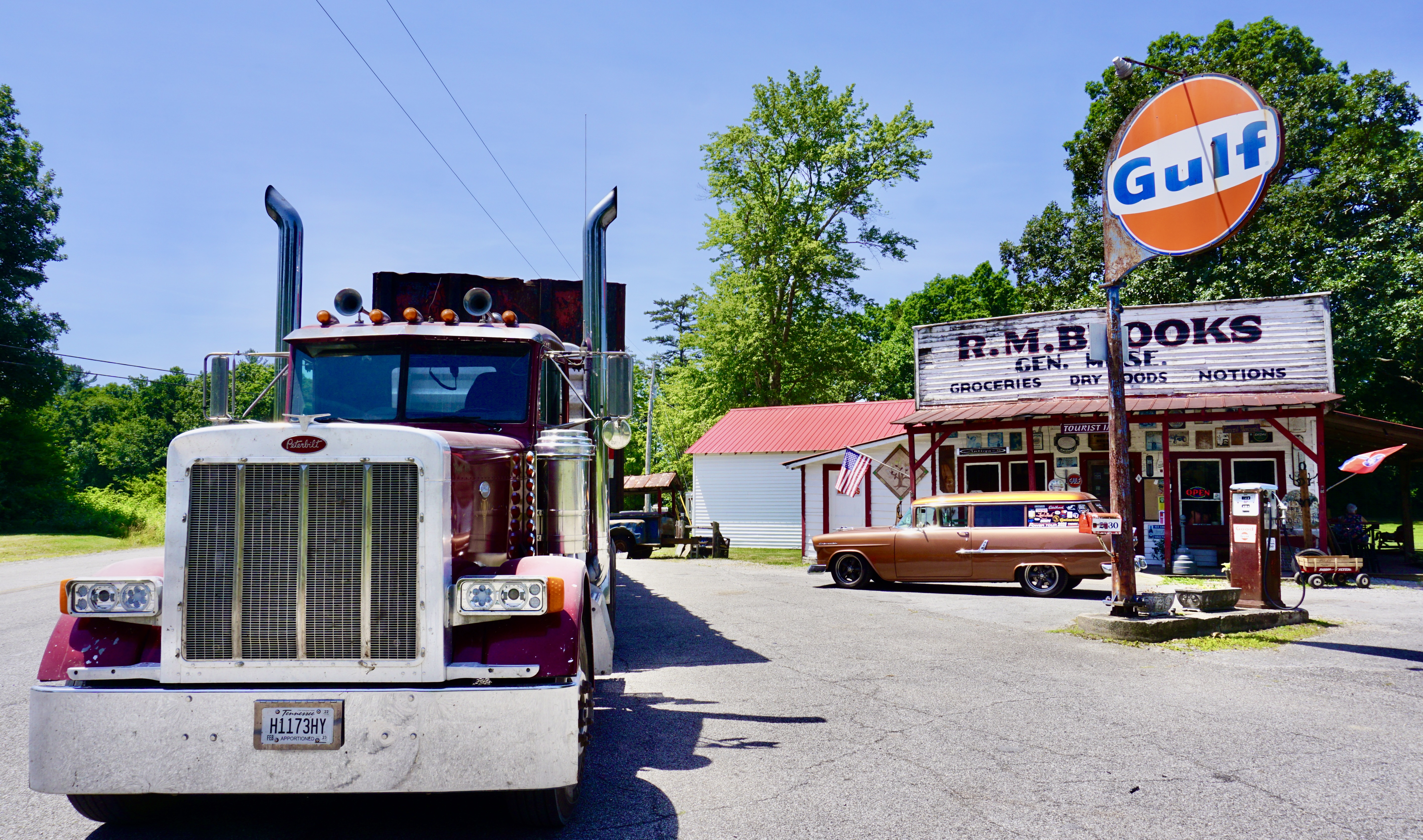 When you go be sure to order a bologna sandwich from the lady behind the counter.
The same family has owned & run it for four generations!!

You’re welcome.
From the RM Brooks Store I drove up to Cave City, Kentucky.

It was built in 1937 and is the second Wigwam Village location – I think that’s why it’s called #2.
It has the distinction of being the oldest surviving Wigwam Village.
From the Wigwam Village we drove over to Mammoth Caves National Park.

Built in 1928, these cute little cabins are listed on the National Register of Historic Places.
They were all built by hand from local rocks.
If you’re planning a trip to the area call ’em up and ask for Ralph – he’ll take good care of you.
And bring a treat for his dog Harvey Dent.

Just watch out – Harvey is a trained killer!!
Here’s the video:
A Historic Bologna Sandwich, Historic Wigwam Village #2, Mammoth Caves NP and Rock Cabin Camping
https://youtu.be/15Ydn4cbPnk
The next morning I drove over to Bowling Green, Kentucky and Holley Performance.
Jeremy was kind enough to give a tour of their facility and their super-secret studio where they shoot all their videos!! 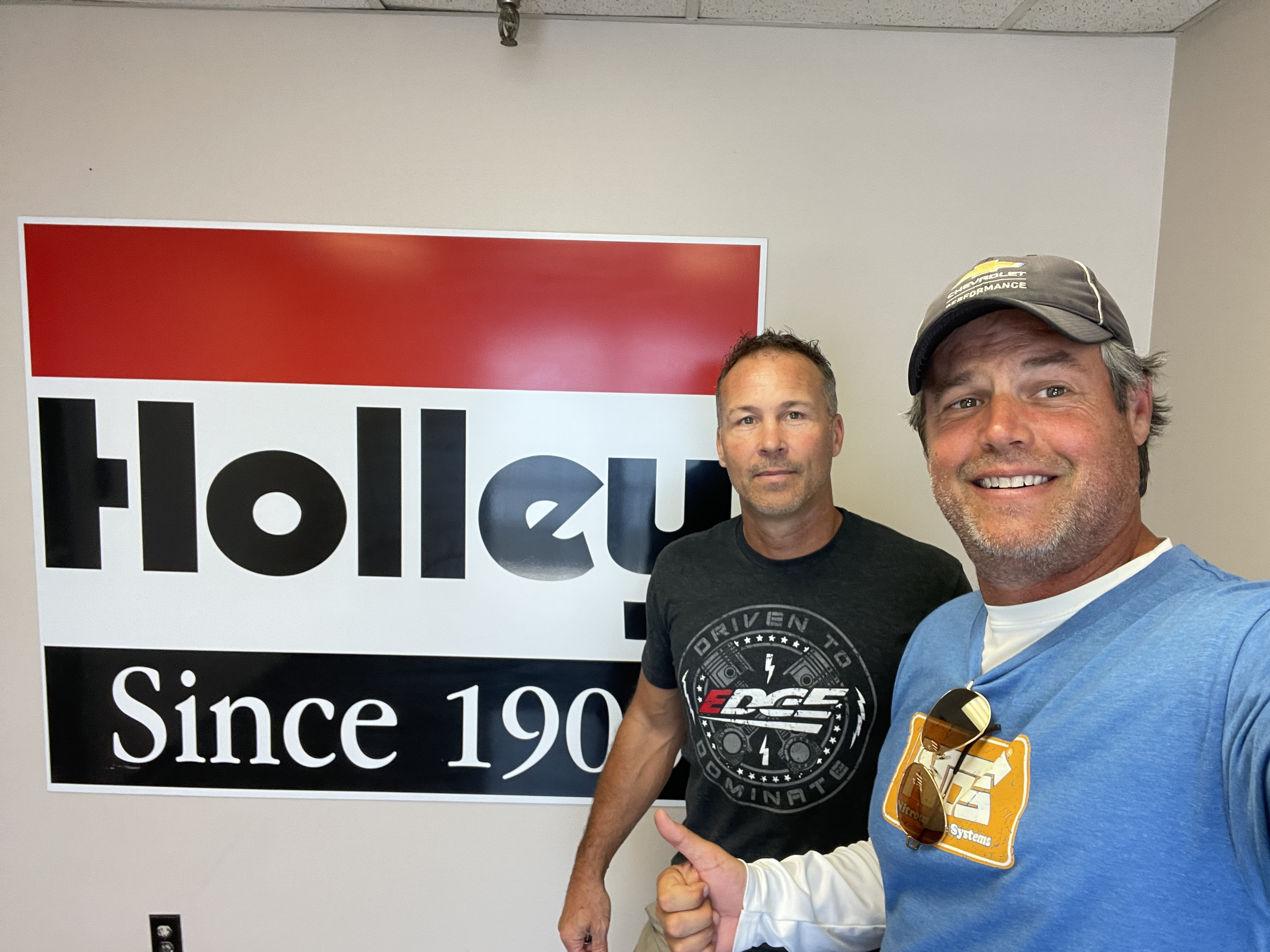 From Holley I made my way over to see my buddy Tony in Illinois. 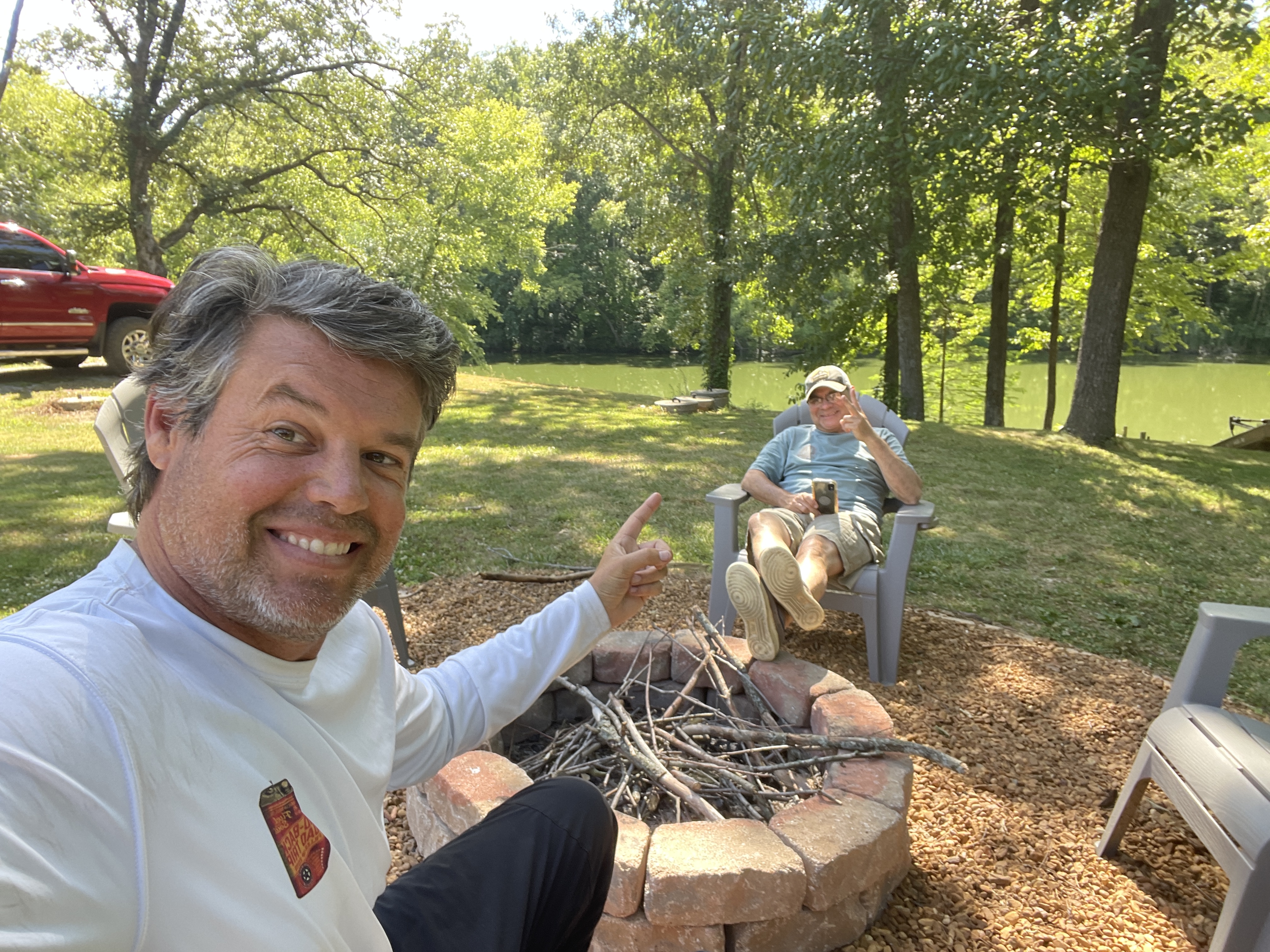 Here’s the video:
Rock Cabin Camping to Holley’s Super Secret Studio with Jeremy Stromer and T-Rose’s Lake House.
https://youtu.be/3SbS0WN9QG4
Then I hit up Jake at Continental Tires so I could get my credentials for the Street Machine Nationals. 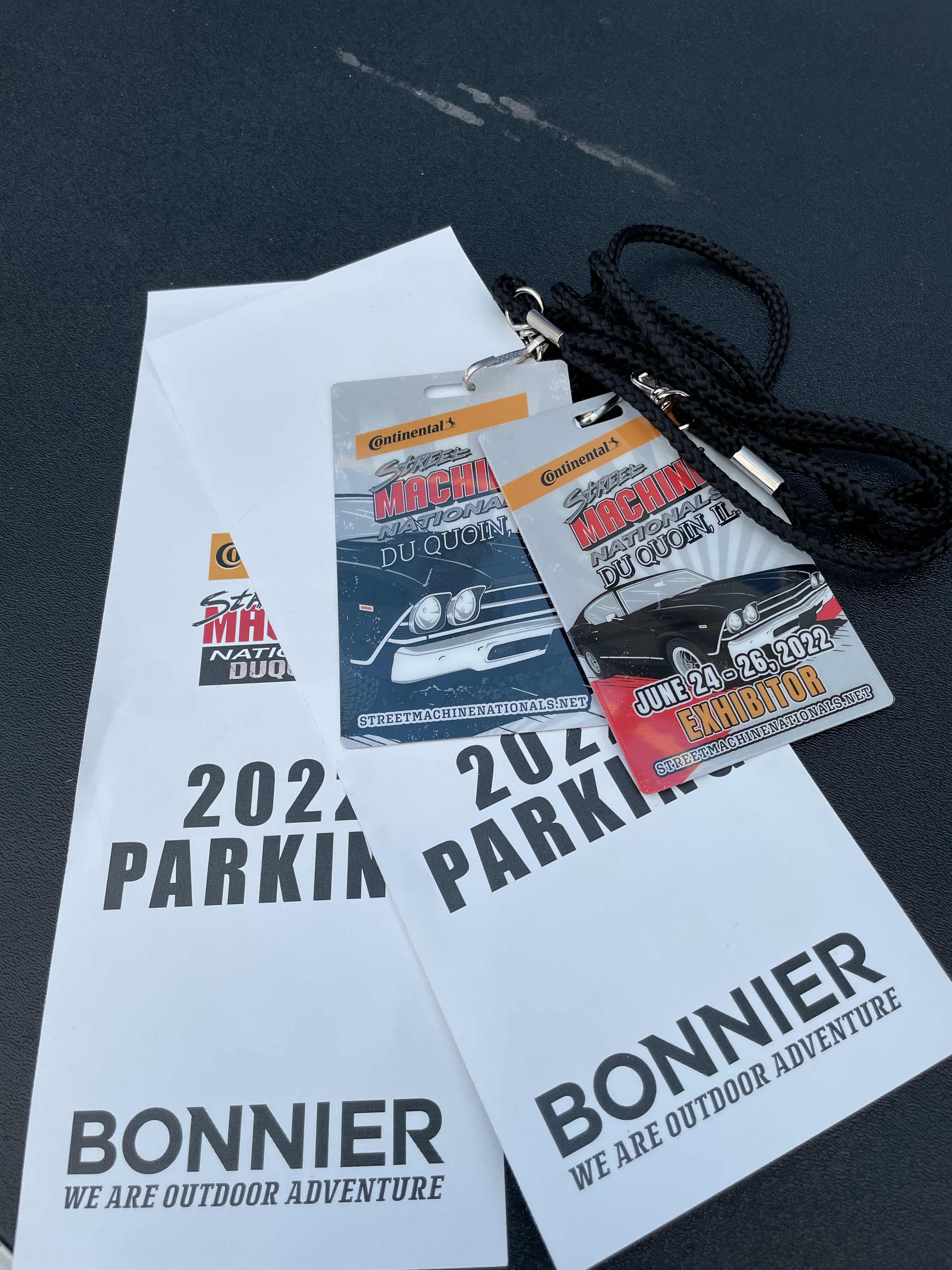 Continental was the official sponsor and asked me if I’d like to have The 55 in their display during the show.
Heck yeah!!
And look who showed up!! 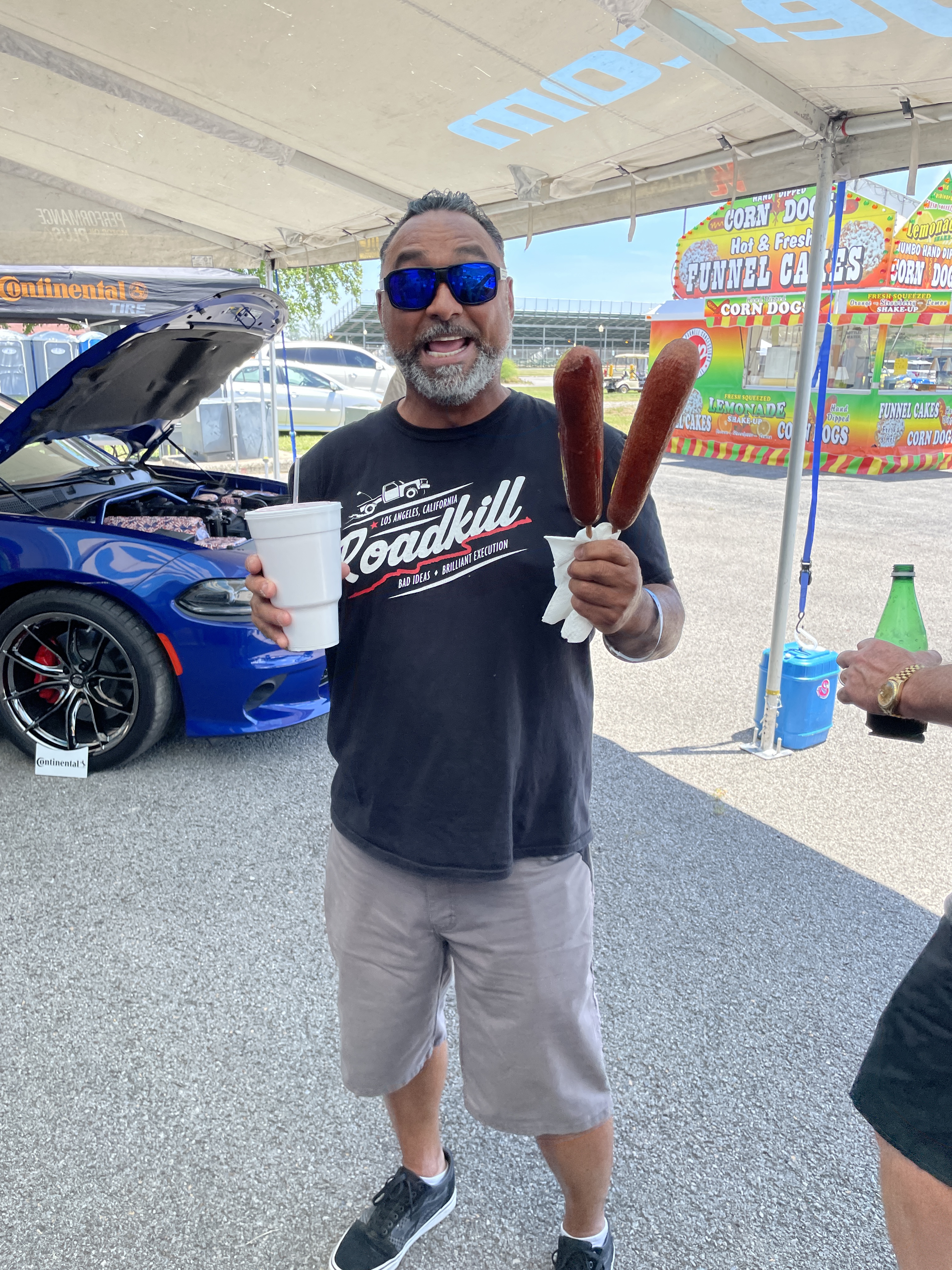 That guy from “Faster with Finnegan” – your friend and mine – Mike Cotten.
And he even brought us some corn dogs!!
Gotta love Cotten!!
Then, we heard The Voice…
It was Kevin Oeste – the owner of V8 Speed Shop and the host of the SEMA awards, 4-Wheel Jamboree and countless other shows. 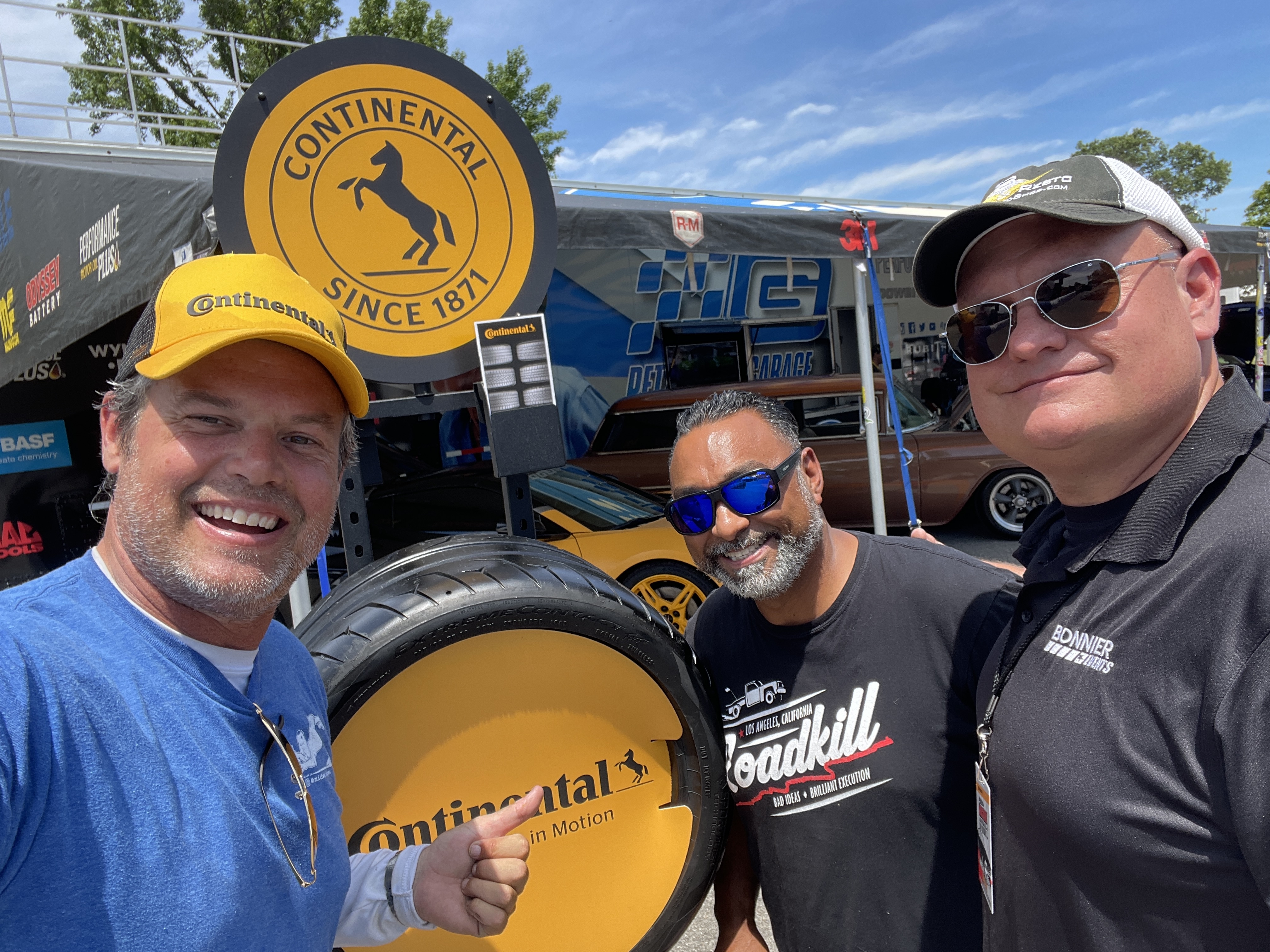 Kevin was on the mic hosting the Street Machine Nationals and killing it!!
Again – I love cars – but I also love my car-family.
Four states, Two National Parks, a historic bologna sandwich and a bunch of friends…
It was a great road-trip!!
Thanks for coming along for the ride with me in The 55.
Now we’re off to Des Moines, Iowa for the Goodguys Heartland Nationals.
Until next time.
#idrivea55